While checking my messages this other day I found that I had missed a call from my friend Wes at Guitar Center. The message said that they had received a USA Les Paul that had been damaged in shipping. Apparently the neck had popped out of its joint.

I have been keeping an eye out for a decent “project guitar” and this one fit the bill.

Once I was able to take a closer look I found it was the best case scenario for neck joint damage. At first glance it appeared there just was not enough glue to hold the neck in place. Once I got the neck off, it was a bit more than just the lack of glue (although that was a problem.) The neck tenon (the part of the neck under the fretboard that is custom fitted and glued into the neck cavity on the body of the guitar) had been shaved too thin. No amount of glue was going to hold this neck for long.

I glued some mahogany shims into place on the sides of the neck tenon. After letting it sit in the clamps overnight, I shaped the tenon (with new shims) using a chisel and file into a snug and perfect fit. Before applying glue, I did a test clamp making sure the neck angles were correct (they were). I then applied the glue and re-clamped everything allowing it to sit for a couple of days while it cures.

After taking the clamps off of the neck, the next step would be to touch up the finish. However, I was extremely anxious to find out if I had a “the bomb” or just a dud. So I went ahead and threw some strings on it and did a quick set up. An hour went by in a blink- it didn’t suck. 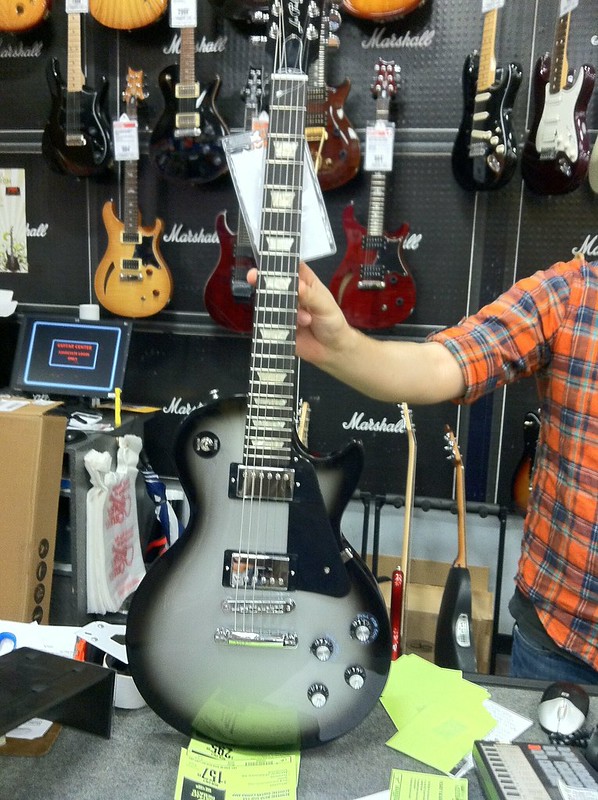 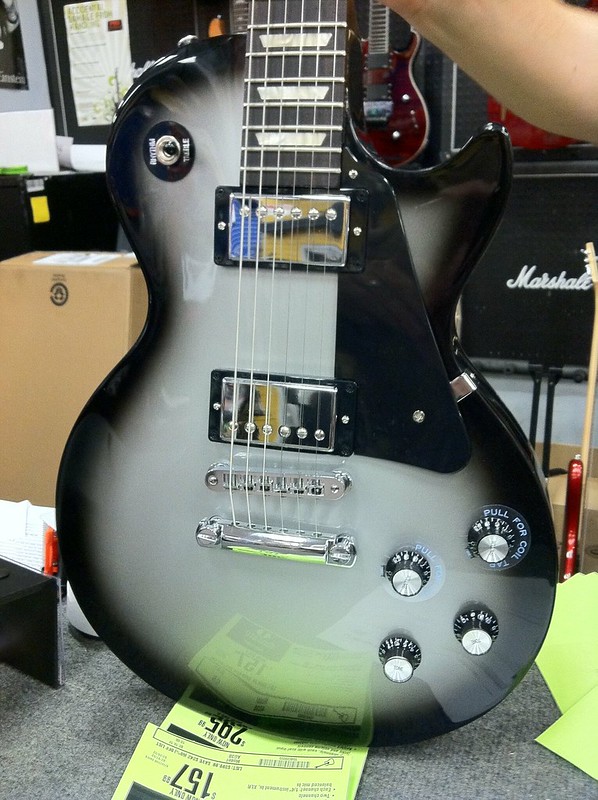 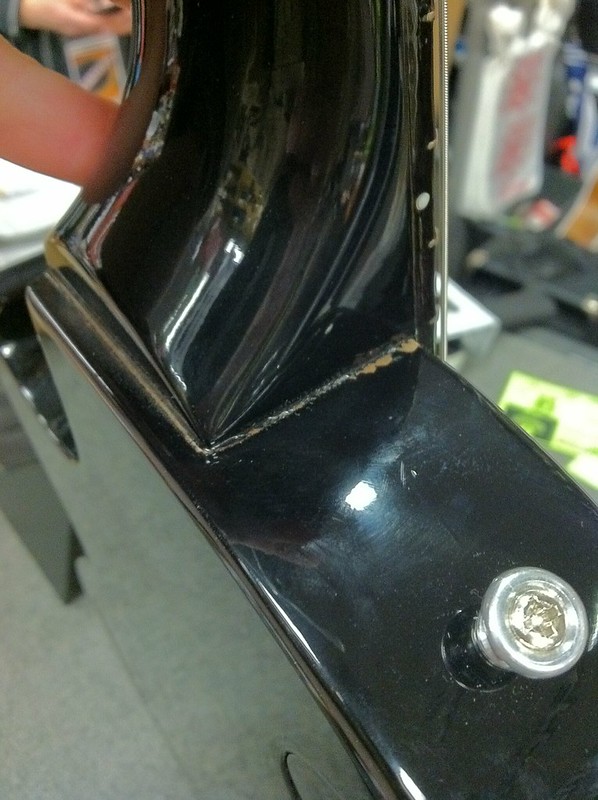 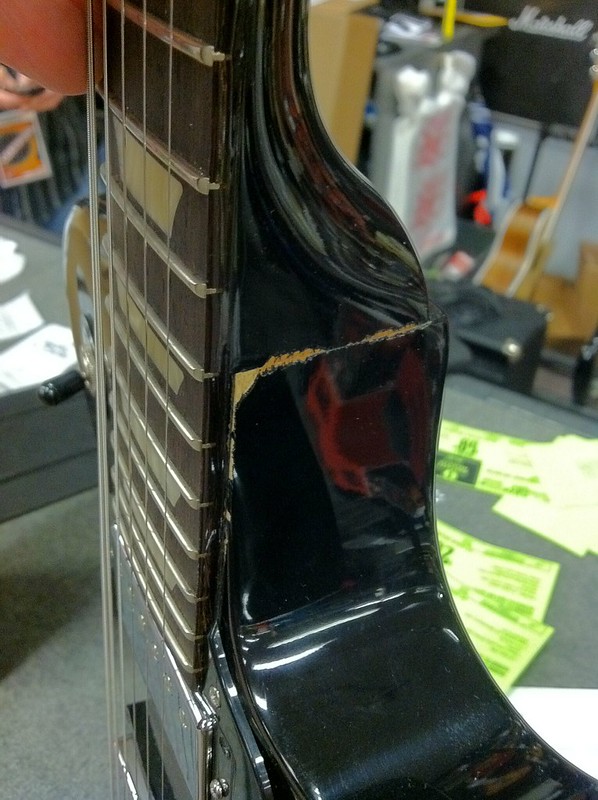 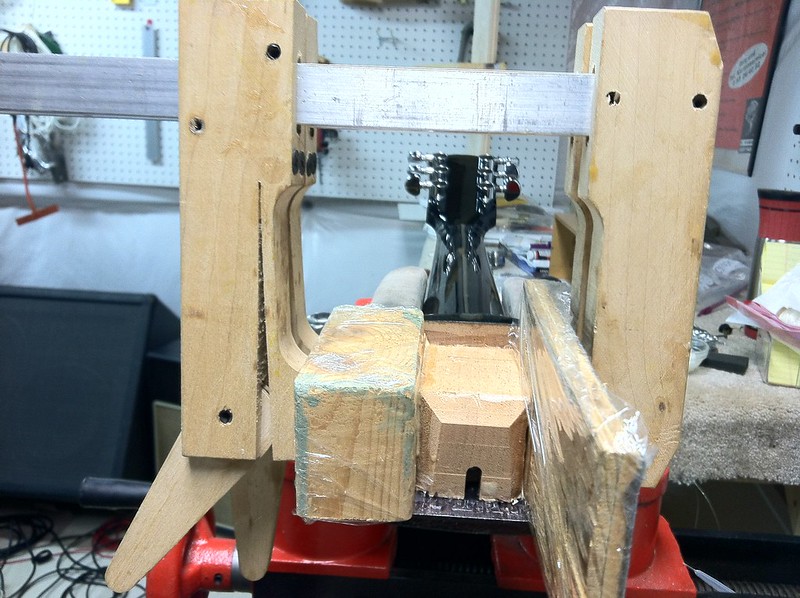 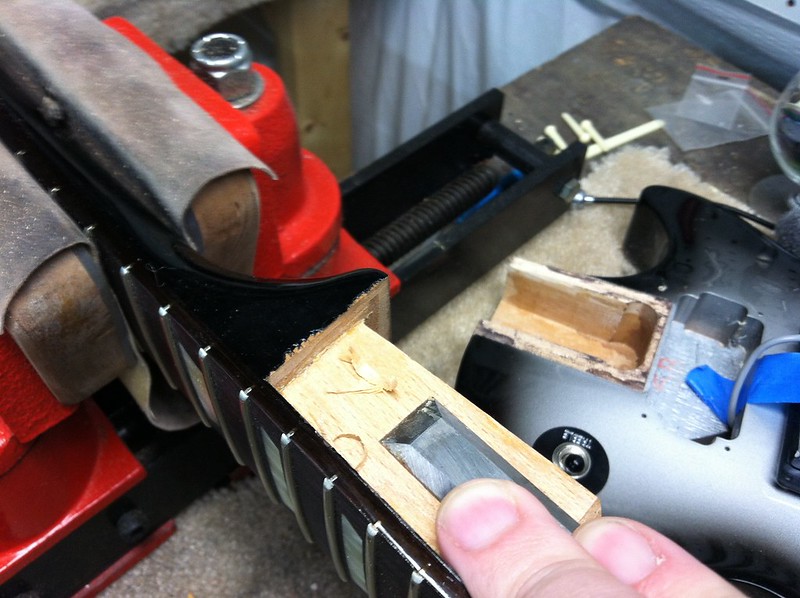 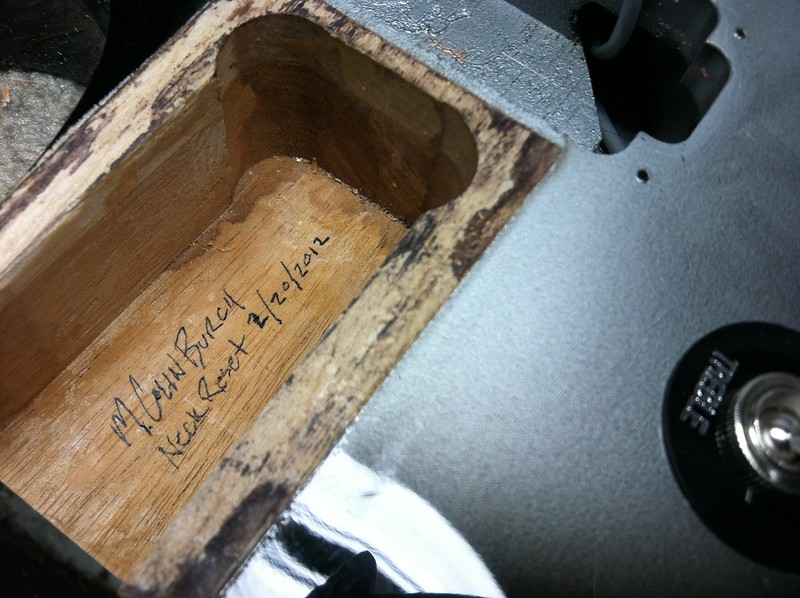 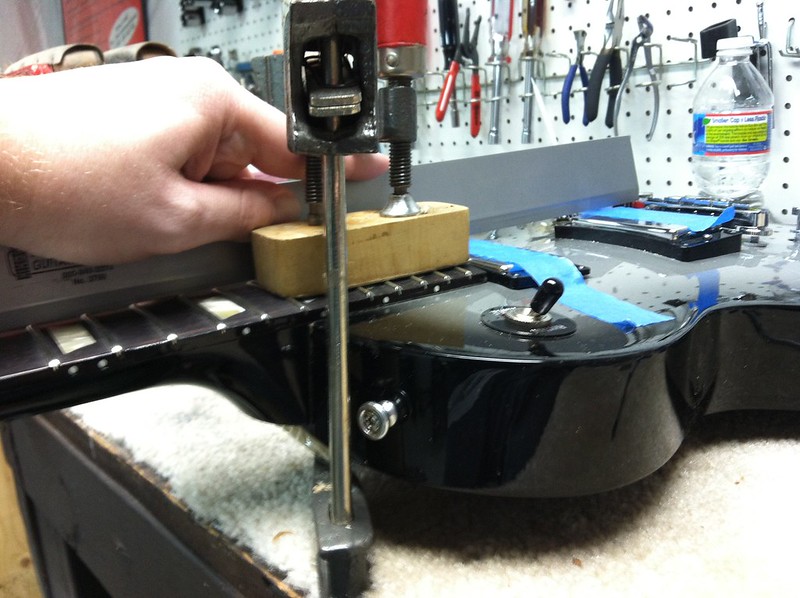 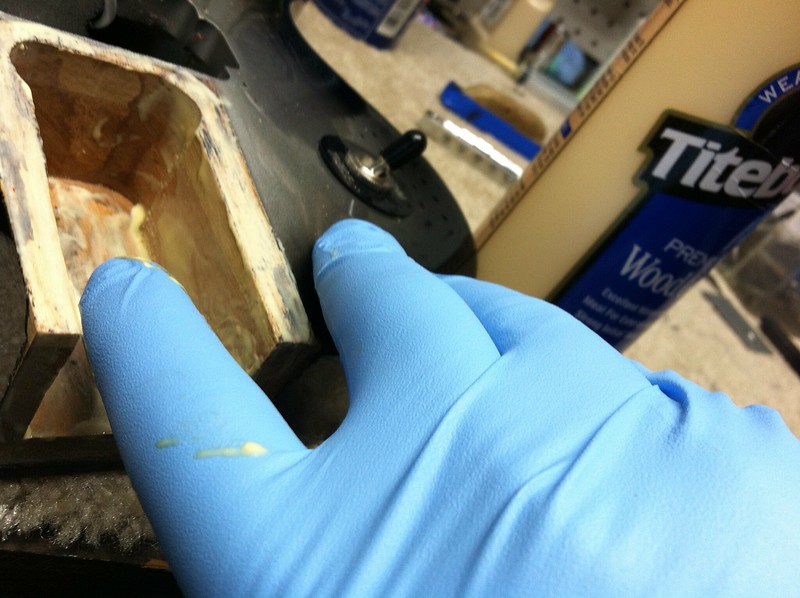 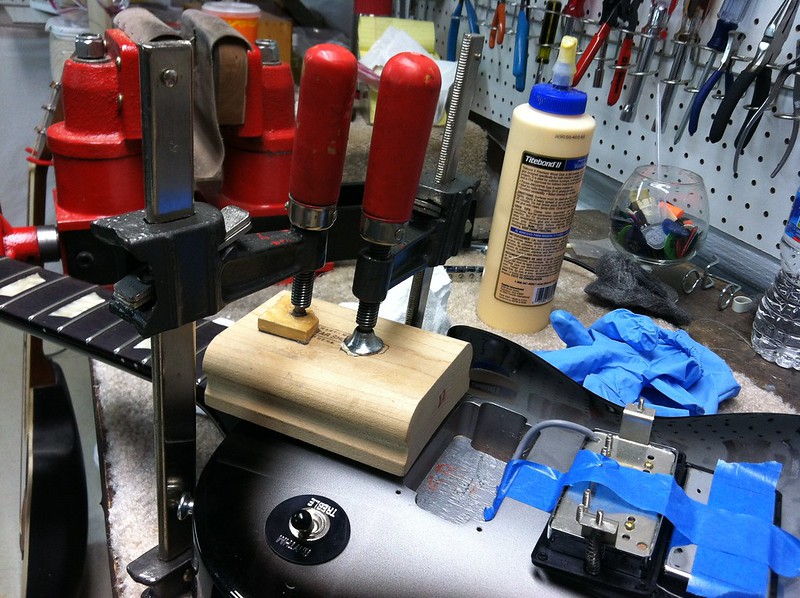 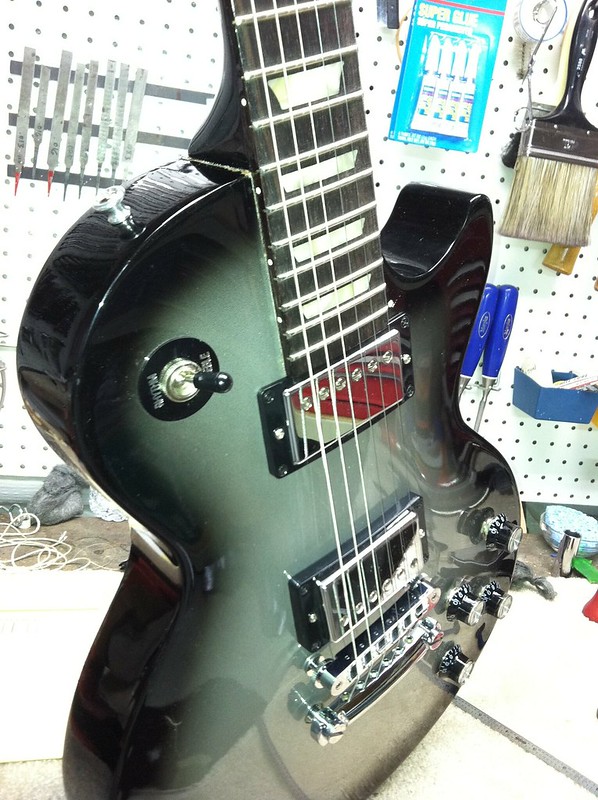