This Guild D-45 had an unfortunate encounter with a stage floor after being knocked off of its stand. The impact resulted in damage that could be better described as a crunch than a crack.

However, as far as traumatic wood damage goes, this is about a good as one could hope for. There were no wood chips missing and it was structurally still very sound.

Our process is to cut out a 2×4 into a very close shape of the spot were the caul will be located under the clamp. Then apply a healthy dose of bondo car body filler to the caul, wrap it in plastic, and press it to the target spot on the guitar. After a few seconds, once the filler has taken the shape of the guitar, we remove it to cure. Once cured we clean up the edges and glue on foam or leather so the caul will not mar the guitar’s finish once in place.

Because the crack needed to be clamped on the outside of the acoustic, an interior turnbuckle needed to be placed to provide an opposite, outward pressure. Otherwise, the guitar would just cave in on itself when the exterior clamps were placed.

Once the guitar was out of the clamps, it was time to touch up the finish. This actually turned out to be much more difficult than usual. The lacquer that we were using for the touch up was not working and playing well with the existing lacquer on the guitar. As soon as the new finish was sprayed on, the exiting finish began to wrinkle and shrink. It was as if we had sprayed paint remover on the guitar.

It took a while to find the correct lacquer to match up, ut once we did things began to move along. Next step is to do a final wet sand and buff then set the guitar up. 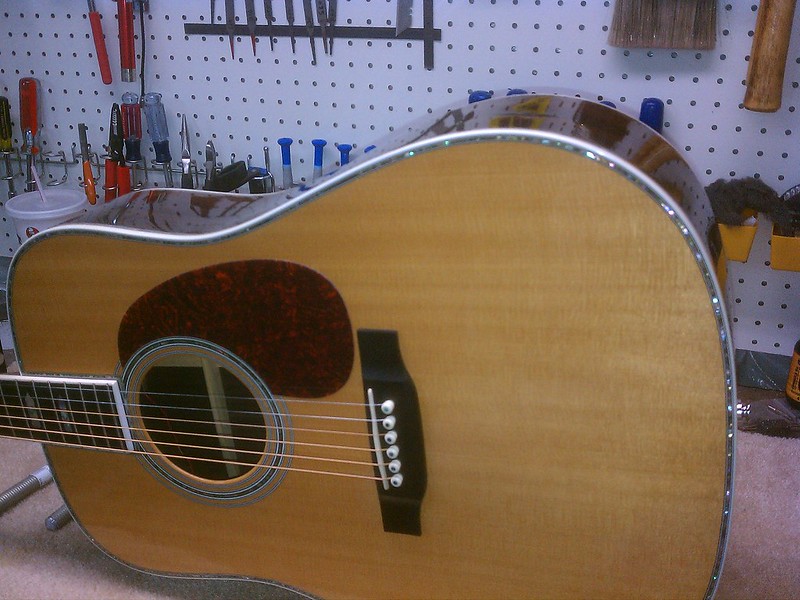 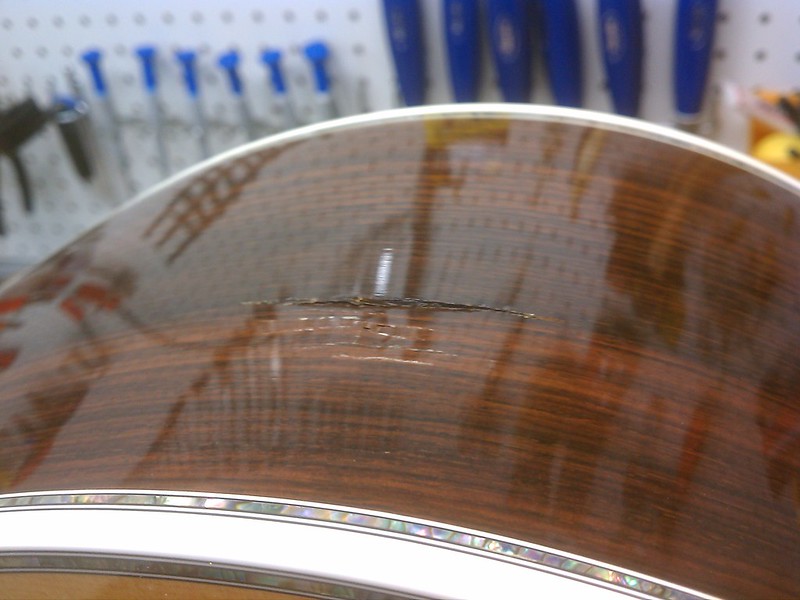 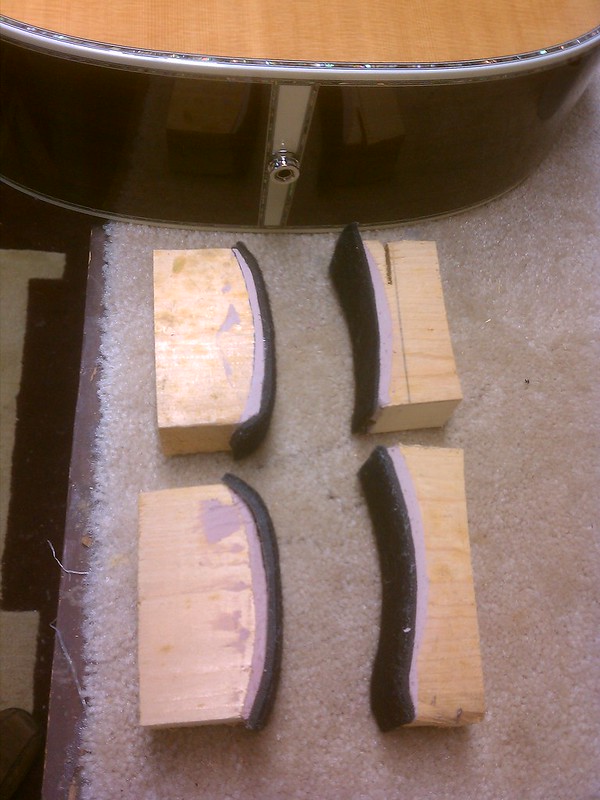 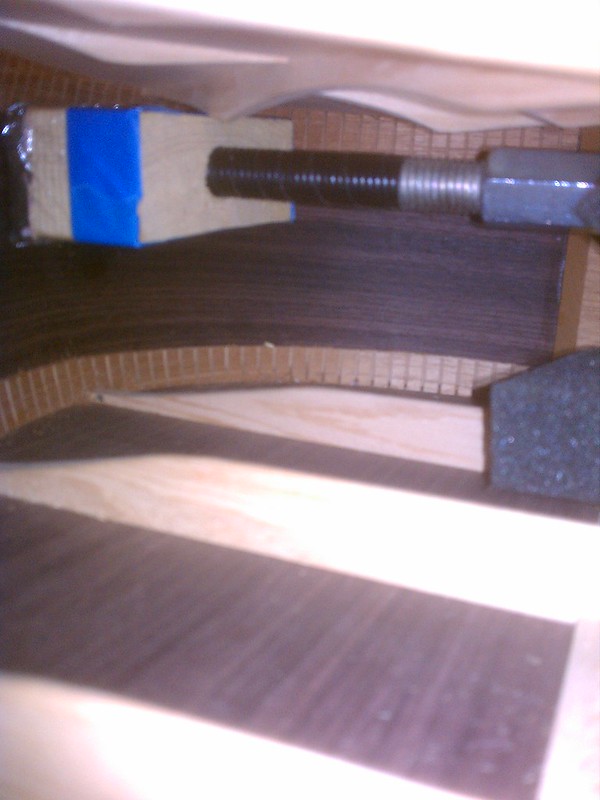 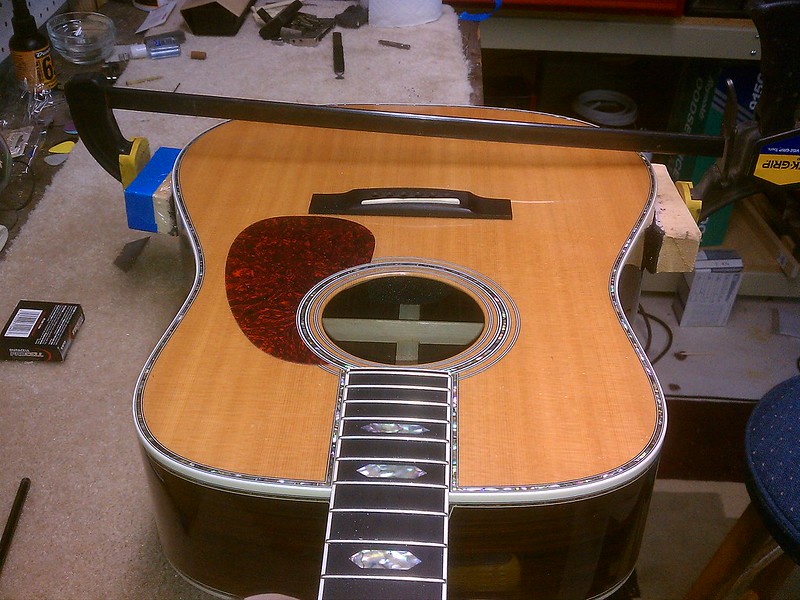 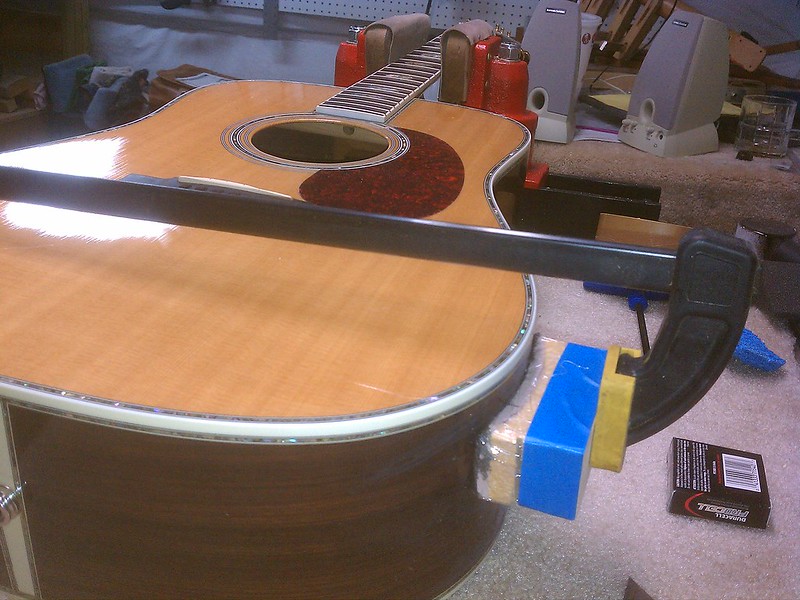 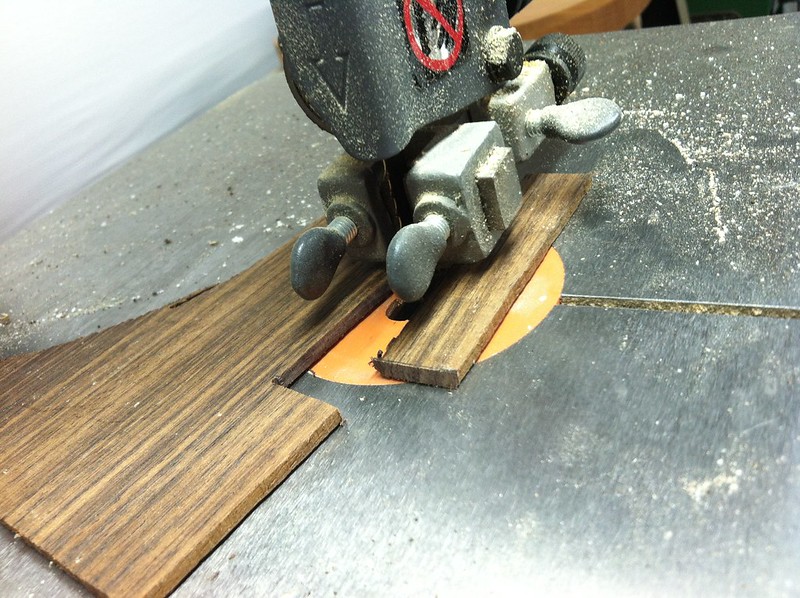 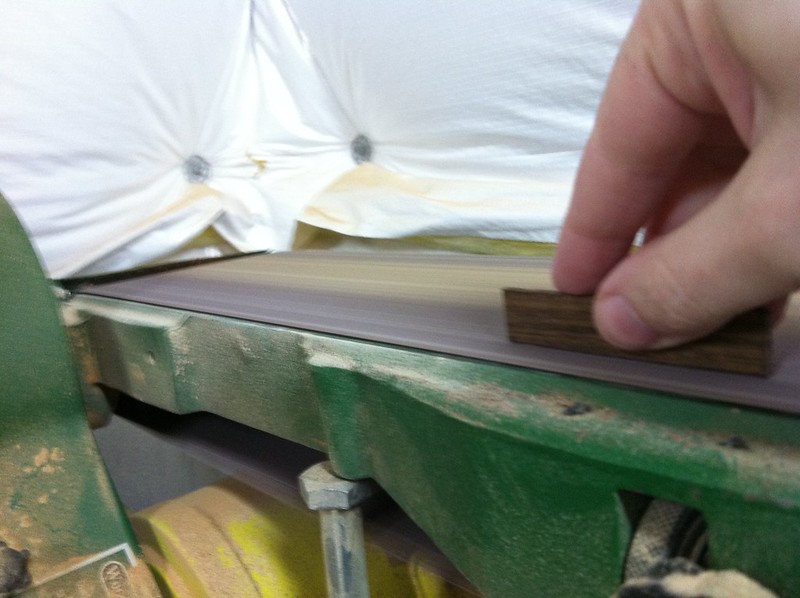 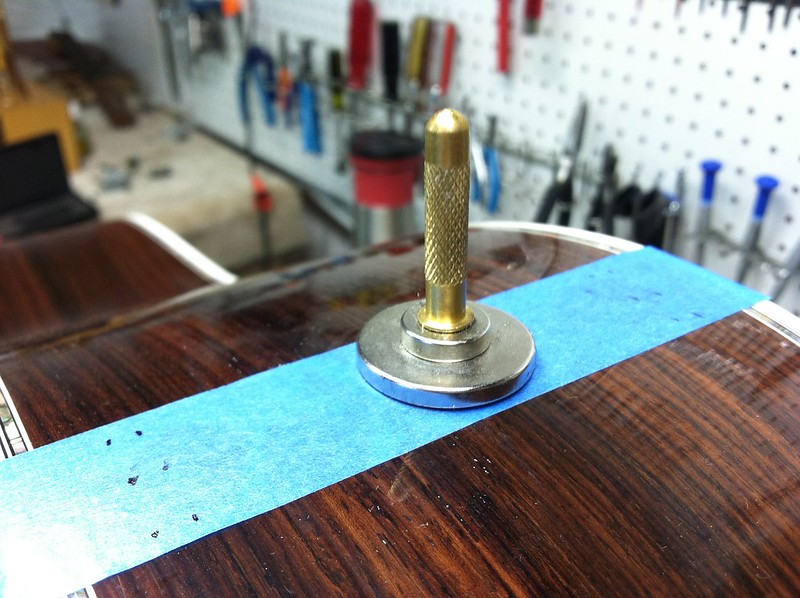 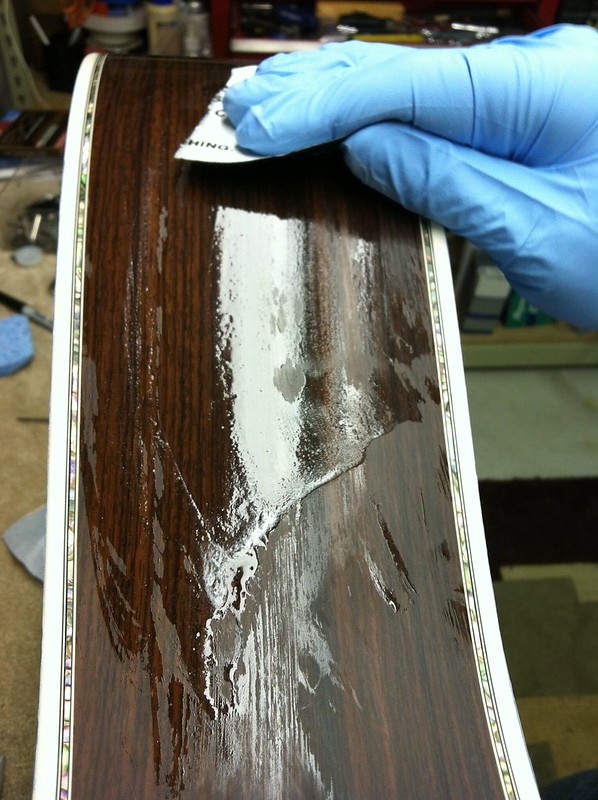 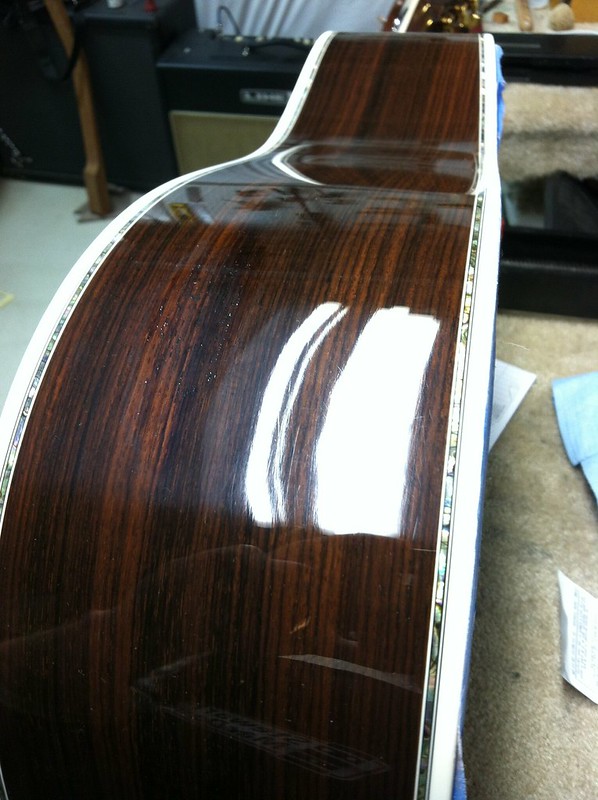 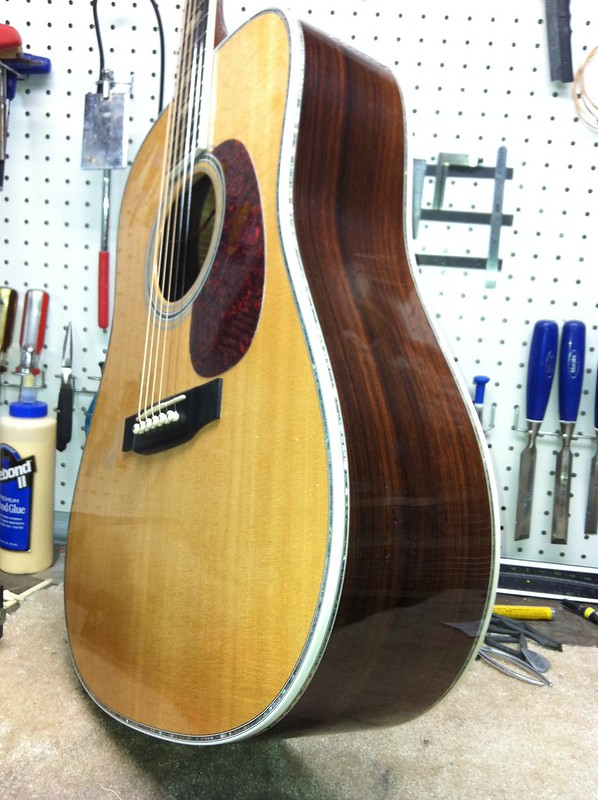